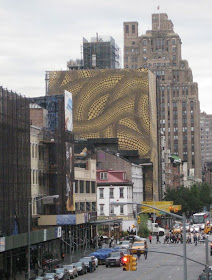 About Inkfish
"Inkfish" is another name for cephalopods such as octopuses, squid, and cuttlefish. Like an inkfish, this blog has many arms and sometimes squeezes itself into unexpected places. For example: selfish penguin huddles, belly buttons, spas, football fields, and reality shows for lice.

About me
Unlike an inkfish, I have only two arms, which I use primarily for typing. During the day I work as the editor of Muse, a science magazine for kids age 10 and up. In my other hours, I write this blog—which is aimed at adults, allowing me to use bigger words and talk about insect genitals. (There's more about the motivation behind Inkfish in this interview.) I've also written for some other publications, listed below.

I recently moved to the Boston area with my husband after six years in Chicago. When I'm not typing things I like to sing, play ultimate frisbee, and visit the aquarium exhibit where they let you poke a starfish. You can reach me at elizabeth.g.preston [at] gmail [dot] com.


"One million percent cool and way past smart!" —a reader

Flip through some sample stories from Muse here.

About some other publications

NOVA Next:
When Looks Are More than Skin Deep

Nautilus:
How Animals See the World
Learning to Speak Shrub

Slate:
No, Really, You're Not Hibernating
If You Could Eat Only One Thing...
The Fishy Origins of the Fish Oil Craze

Scientific American Guest Blog:
The Hazards of Being an Athletic Ape

National Geographic: (clips not online but I promise they exist)

Other nonfiction:
What the Rosy Hare Told Me about Writing for Kids (for Communication Breakdown at SciLogs)
Prevotella (chapter for Invisible Life, a Your Wild Life project)

McSweeney's Internet Tendency:
Welcome to LinkedAnd, the Networking Site for Conjunctions!
A list

Poetry:
My poems have been published in the Sugar House Review, Stone Canoe, the Scientific American Guest Blog, and Salamander. 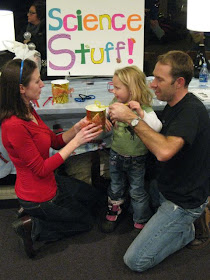