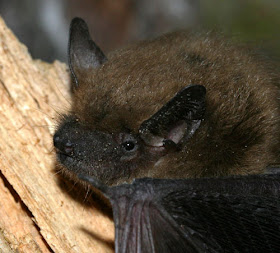 Naturally a mother bat is happy to welcome into the world a bouncing baby whatever, as long as it has all its fingers and toe-claws. But she also wants her little one to have every advantage she can give it. So when spring comes early, big brown bats prefer to keep their female embryos. Unwanted males are reabsorbed into their mothers' bodies as if they never existed.

University of Calgary biologist Robert Barclay learned the bats' secret by spying on three colonies living in the charmingly named city of Medicine Hat, Alberta. The bats roost in the attics of elementary-school buildings. Over the course of 15 years, Barclay snagged the bats in nets at night or plucked them from their roosts among the attic beams to examine them.

Since females return to their birth colony every year to breed, while males disperse, these colonies mainly held mothers and babies. Barclay was able to track which females were pregnant and what kinds of babies they had--and when.

"When" turned out to be the important question. Overall, the Eptesicus fuscus bats gave birth to equal numbers of male and female babies. But certain springs turned out a glut of girl bats, nearly twice as many as boys. By later in the summer, the ratio evened out again.

What was special about these girl-heavy springs, Barclay found, was that the whole colony gave birth earlier than usual. "The entire birth period shifts from year to year, depending on the weather," he wrote in an email. "When it is cold and damp in the spring and there are not many insects for the bats to feed on, the pregnant mother bats drop their body temperature to save energy and wait out the bad weather." This waiting period is called torpor, "a sort of shorter version of hibernation," Barclay says. In addition to lowering the mother's body temperature, it slows the growth of the embryo inside her. It was in the warmest springs, when mothers could end their torpor early, that they favored girls.

Biology says that mothers should skew the sex ratio of their offspring when it will let them pass on their own genes most effectively. A male baby bat won't give his mother any grandchildren until his second year of life, regardless of when he's born. However, "if a mother gives birth to a female baby early enough in the summer for it to be able to grow and put on enough fat for the winter," Barclay says, "that baby will be able to produce her own baby the next summer, as a 1-year-old." Having an extra year's worth of grandchildren is a major evolutionary benefit for a mother bat.

What gives girls a head start on reproduction is the bats' weird way of breeding. Mating happens in the fall and winter, while the bats born that spring and summer are still juveniles--and the young males haven't yet started making sperm. But female bats don't ovulate until the spring. At that point, the male contribution she's stored all winter finally fertilizes her eggs. This means female bats, if they're born early enough, can ovulate and give birth within their first year of life.

Big brown bats have just one baby at a time. But several eggs are fertilized and implant in the mother at once. At some unknown point during gestation, she reabsorbs all but one of those developing embryos into her body. However it happens, evolution has given mother bats the power to choose a female embryo over the others when spring arrives early.

Bats are far from the only species capable of skewing their babies' sex ratios. Other mammal and bird species have been observed giving birth to extra male or female offspring at certain times, depending on their own set of influencing factors. Even humans, it's been suggested, can bias their birth ratios based on life expectancy or parents' wealth or the weather. The mechanisms are mysterious, but evolution will always favor moms whose children produce more grandchildren.

Whatever secrets they're still keeping, the attic bats have taught their young downstairs neighbors a few things about biology. "When we worked in the schools we would give talks to the students about bats, the importance they have in the environment, and how cool it was that they had bats right in their own school," Barclay says. "We frequently had kids come in the evening to watch the bats as they exited to go and feed." One of the hundred-year-old schools is named Elm Street, as in Nightmare on. "A great place to study bats on a dark, moonless night!" Barclay adds.

Even spookier than attic bat colonies is the reminder that our species' whole evolutionary history had a hand in determining whether we were born. We, and the bat babies, should probably thank our moms. 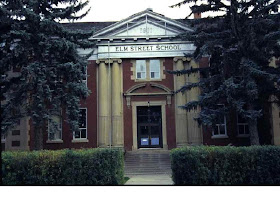