Why We (Accidentally) Name Babies for Hurricanes 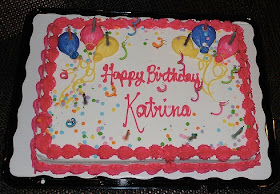 In the year after Hurricane Katrina made a toilet bowl out of New Orleans, baby names starting with "K" went up by nine percent. Why would new parents want to commemorate the costliest natural disaster in American history? It wasn't their fault, researchers say: The sounds we hear most often stick with us, and we end up bestowing them on our children.

Jonah Berger, a professor of marketing at the University of Pennsylvania's Wharton School, led a study of baby name popularity that will be published in the journal Psychological Science. The researchers looked at the frequency of all first names between 1882 and 2006, a dataset that included more than seven thousand names and 280 million babies.

Each of those seven thousand names was broken into sound chunks called phonemes. For example, "Karen" became five phonemes: K, eh, r, ah, and n. The researchers then asked whether a name's popularity in any given year could be predicted by the popularity of its component phonemes in the previous year. In a year with a glut of Karens, were there extra K's, eh's, r's, and so on popping up in non-Karen names the year before?

Berger and his team found that names were more popular when the phonemes inside them had been more popular the year before. (They didn't count the name itself; Karens from 1999, for example, were removed from the analysis of Karens in 2000.) And the first phoneme—the sound that starts each name—had the most powerful effect. When considered individually, phonemes from the middle or end of a name weren't nearly as influential.

The sounds of the names people hear often, then, seem to sway them when naming their own children. But there are giant tangles of cultural factors determining what names and sounds people have recently heard. To look for a cleaner example of the phoneme effect, the researchers turned to hurricane names.

Hurricanes are named using a rotating alphabetical list that was created in the 1950s. (The list runs A through W, excluding Q and U, which is why you'll sadly never see a Hurricane Xerxes or Quentin. Names that land on especially destructive hurricanes are retired from the list afterward, like MVP jersey numbers.)

The researchers guessed that after a very bad hurricane, when people were inundated with news reports mentioning Andrew or Bob or Irene, there would be an increase in babies with similar names. And since hurricane names are predetermined, the effect would be separate from any already-existing cultural influences (princesses, actors, tennis players).

After collecting data on every hurricane between 1950 and 2009, Berger and his colleagues looked at how baby names that shared phonemes with a hurricane changed in the following year. They found that damaging hurricanes were followed by a clear uptick in similar names.

Names are more likely to be trendy, Berger writes, when names with similar sounds have recently been popular. The effect might not be limited to names; other research has hinted that we favorite-playing humans prefer towns and occupations that share our initials. It seems we just can't help growing fond of familiar sounds.

If you want to see how popular your own name has been over the decades, what this year's top ten boy and girl names are, or how name popularity varies by state, you can do so at the Social Security Administration's baby names site. You'll also find all of Irene and Andrew's relatives at the Weather Underground hurricane archive. You may discover that your parents were just following the trends—or the tropical storms.