Found: A Rotten-Smell Button in the Brain 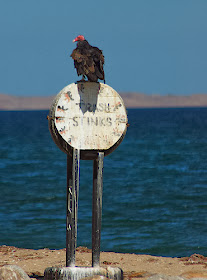 Window or aisle? Hamburger or hot dog? Bouquet of flowers or rotting flesh? Not all your preferences are up to you—some have been hammered into your genes by evolution.

If you're an average human, you avoid the smell of decay. It signals unsafe food and the threat of infection or disease. Other animals run toward the stench of a stale carcass, maybe because they're flies and it signals a place to lay their eggs.

Whether they love it or hate it, animals identify the scent of rot from two signature molecules. German doctor Ludwig Brieger discovered these molecules in the late 1900s; in English, they're rather cutely named "cadaverine" and "putrescine." Bacteria create the two culprits by breaking down down amino acids in animal bodies. Not solely the sign of a rotting carcass, cadaverine and putrescine also show up in urine and bad breath.

Despite the importance of these smells (or avoiding these smells) in animals' lives, no one had found receptors for these molecules—that is, the locks to which the molecules are keys. Scent receptors are attached to one end of a neuron inside the nose (or whichever body part an animal smells with); when a certain chemical wafts up the nose and latches onto the receptor, a signal travels along the neuron to the brain at the other end. Researchers at the University of Cologne in Germany and Harvard University think they've found one of those receptors for rot.

The authors, led by the University of Cologne's Ashiq Hussain, studied zebrafish, which are commonly used to model the sense of smell in vertebrates. First they checked to make sure zebrafish respond to the smell of decay. When they put putrescine and cadaverine into a tank, zebrafish swam to the other end, showing they feel the same way we do about these smells. When the authors plugged the zebrafishes' little nostrils with glue, the fish were no longer bothered by the odor.

The researchers searched for a receptor in a family of proteins called TAARs (trace amine-associated receptors). Related receptors in rodents are thought to detect other unpleasant odors that come from living things. Zebrafish make 112 different kinds of these receptors, but the molecules that attach to them hadn't been found yet.

After testing 93 smelly chemicals on representative zebrafish TAARs, the authors found a match: cadaverine turns on a receptor called TAAR13c. But could the receptor detect cadaverine in real life, and not only when it was dripped on in purified form by a scientist? To test it, the researchers used an extract of dead fish. When exposed to liquid made from a recently deceased zebrafish, the receptors didn't respond. Liquid from a week-old, rotten fish carcass, though, easily activated the receptor—even when diluted to 1 part in 1,000.

Finding a receptor for cadaverine means scientists now understand a little bit more about how the vertebrate brain responds to awful smells. The receptor protein itself "will not be similar in humans, because mammals do not have close relatives of this zebrafish receptor," says Sigrun Korsching, the paper's senior author. Still, she adds, "There are very few cases where you can show activation of a single receptor leads to a behavioral response." Studying how the zebrafish's neurons respond to cadaverine could lead to a better understanding of how animals process all kinds of odors, whether they enjoy them or not.