With the year drawing to a close, Inkfish's class officers have chosen superlatives to bestow on the posts of 2012. Please note that a prom king and prom queen were not elected this year because everyone was too busy cheering on the mathletes. (Hey, wildfires in the Cretaceous won Most Popular. Anything's possible.)

The Faithfulness of the Coyote (and Other Urban Animals) 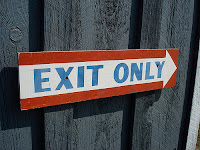 The Shambulance: 5 Reasons Not to "Cleanse" Your Colon

Belly Button Safari: Who's Living in There?

You Have to Hear This Beluga Whale Mimicking a Person 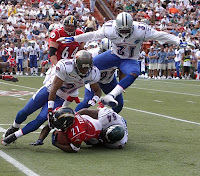 The Hazards of Being an Athletic Ape 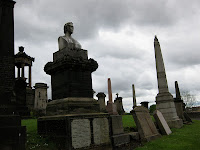 Most Likely to Attend Culinary School* 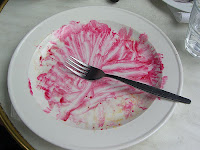 The Plus Side of Eating Placenta
*This post was also nominated for Most Disgusting Use of an Innocent French-Toast Photo.

Most Likely to Join AA

How to Decode a Monkey Face

Thanks for taking a minute to reflect on 2012 with me; I'll see you next year. Have a great summer!

Image credits can be found at their respective posts.
Elizabeth Preston on Monday, December 31, 2012
Share