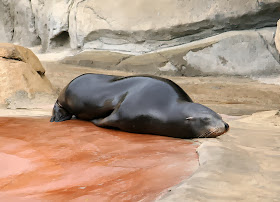 Does your workweek schedule dig you into an ever-deepening hole of sleep deprivation? Do you sleep in on the weekends to try to boost yourself back out? You're in good company. But even if you feel recovered by the following week, your brainpower might be suffering.

In a survey by the National Sleep Foundation, 40 percent of respondents said they try to "catch up" on sleep during the weekend. Pennsylvania State University professor and physician Alexandros Vgontzas, along with a group of colleagues, recruited 30 subjects to study how well this catching up really works. The subjects were healthy men and women between 18 and 34 (who didn't mind the prospect of sleeping with a catheter in their arm).

For two weeks before the study, researchers made sure subjects got 7.5 to 8 hours of sleep every night. Then the subjects came into the sleep lab. The experiment began with three "baseline" nights of 8 hours' sleep. For the next five nights, their sleep was restricted to just 6 hours, mimicking a full workweek of uncomfortably early rising. Then subjects had two "recovery" nights where they were left sleeping for 10 hours.

During most days of the experiment, subjects were allowed to go home and follow their normal routine—though monitors on their wrists made sure they followed strict no-napping instructions. At night, they returned to the lab. And after each phase of the experiment, subjects spent a full 24 hours undergoing tests: researchers tracked the levels of hormones circulating in their blood and gave them cognitive tests. They also asked subjects to rate how sleepy they felt. To measure their actual sleepiness, researchers had subjects lie down to nap, recorded how long it took them to conk out, and woke them up again—six times a day.

Predictably, subjects were sleepier during their week of sleep deprivation. It took them less time to fall asleep during the day, and the easiest time for them to nap was 9:00 in the morning (as opposed to 3:00 in the afternoon during the baseline period). After their two recovery days, subjects' sleepiness returned to normal.

One hormone the scientists monitored was IL-6, a marker of inflammation in the body. They found that IL-6 increased when subjects lost sleep. This fits with what earlier studies have found, and suggests one way sleep deprivation is bad for your health. IL-6 levels dropped back to normal after the two nights of recovery sleep.

The only measurement that didn't go back to normal was performance on a test called the psychomotor vigilance task (PVT). Subjects did this test every two hours during their lab days. In it, they watched a screen for ten minutes and pressed a button every time a certain number appeared. It's a test that measures a person's ability to sustain attention; astronauts on the International Space Station do a similar test on themselves to check for fatigue.

Subjects in the sleep study did worse on the PVT after their sleep-deprived week, and continued to do poorly even after two nights of catch-up sleep. Vgontzas says he doesn't know why this is. But apparently some function in people's brains hadn't recovered fully by the end of the experiment, even though they felt well rested.

It's worth noting that because there was a 24-hour testing period after each stage of the experiment, subjects actually had a sixth night of poor sleep before their "weekend." And some champion snooze-button users can sleep well past 10 hours on their real makeup days. Still, Vgontzas's findings suggest our brains are slow to catch up after losing sleep—specifically, our ability to pay attention suffers—and we might not know when we're mentally fatigued.

Vgontzas also doesn't know what the cumulative effect might be of living this way every week. On average, he writes, we need seven hours of sleep a night. (Though if you really can't sleep any later, a nap during the day will also help you recover.)