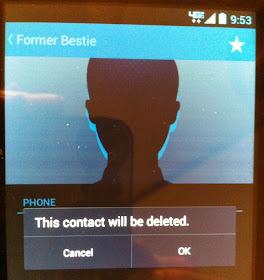 For the most part, people move in and out of our lives at a trickle: a new coworker becomes a friend; a neighbor moves away. But there's at least one cataclysmic monsoon in a young person's social life, and that's high school graduation. So long, hometown chumps! Hello, dorms! When scientists used cell phone records to track the social networks of people graduating from high school and starting the next phase of their lives, they saw a huge turnover in friends and acquaintances. Remarkably, though, the overall structure of each person's network stayed the same.

"We wanted to see what happens to social networks when there is a big disruption," says Jari Saramäki. A professor at Aalto University in Finland, he leads a research group studying complex networks.

In 2007, Saramäki and his coauthors gave cell phones to 24 soon-to-graduate high schoolers in a large city in the United Kingdom. The phones came with an 18-month contract and a guarantee that all their call data during that time would be collected by researchers. After graduating, a quarter of the subjects stayed in their home city and got jobs; the rest went off to universities nearby or in other cities.

At three points during the study, the young people filled out questionnaires about their phone use. They listed all the friends, acquaintances, and family members for whom they had contact information, and rated the closeness of their relationships with each person. The researchers combined this information with the call records to piece together each person's network: who were they calling, how often, and how close were they to the people they called?

Researchers didn't calculate the absolute numbers of people in each subject's social network, Saramäki explains, because a graph of anyone's call frequencies shows a long "tail" of numbers dialed just once or twice. Are these doctor's office receptionists? School administrators? Does a virtual stranger count as a member of someone's network? Instead, Saramäki says, they focused on the top of the graph. Each subject's acquaintances were ranked by the number of phone calls they got, then graphed according to the fraction of total calls this was. Here's an example. "Ego" is the person we're interested in, and A-J are the people he or she called the most:

The graph on the right is this person's "social signature." There were some patterns among subjects. For example, an average of 20 to 25 percent of calls went to each person's top-ranked acquaintance, and nearly half of calls to their top three acquaintances. Nevertheless, each subject's social signature had a distinct shape.

Over time, the graduating students had huge turnover in their networks. Within all top-20 contacts, 42 percent were people added in the middle section of the study. Yet statistical analysis showed that for the most part, the shapes of these social networks stayed the same.

"I would have expected that when the participants begin their first university year, there is some dramatic, temporary effect on their network shapes," Saramäki says. "What was really surprising is that [network structures] do not change much, even when this turnover is there."

Of course, phone calls don't give a complete picture of a person's social activity—there are also text messages, for one thing. But Saramäki says texts can be "problematic." Not everyone's parents text, for example, and some interactions might be completed in one message while others take a dozen back-and-forth volleys. "We do have data on text messages for this study and are working on it," Saramäki says. "But judging from what we have seen so far, it looks like the text message data tells pretty much the same story."

Even when people overhaul nearly all their friends at once, they seem to just slot the new acquaintances into the old social structure. The researchers point out that people have a limited amount of time to spend on their friends, and the brain may have a finite capacity for keeping track of others. So it's possible that people allot those resources in a consistent way, no matter which friends they currently have. It seems you can't shake your social network—wherever you go, there you (and they) are.

Image: Mine. All mine.